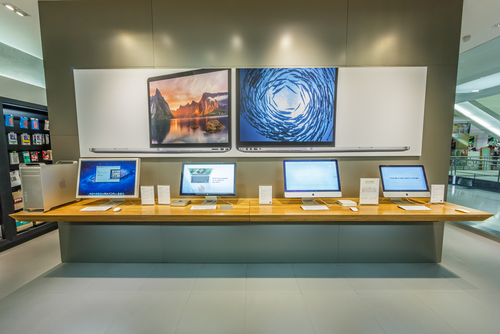 Recently, Apple has been making headlines for the wrong reasons. Multiple security flaws have been reported that affect users of both iPhones and iPads and Macs. While in the past, a lower number of targeted attacks made Apple’s operating systems safer environments than Microsoft’s Windows these reports suggest that Apple doesn’t necessarily have a more secure operating system. At Network World, Bob Violino takes a closer look at OS X, the operating system used on Macs, to expose the potential security flaws within.

How often an operating system is patched and updated often makes the difference in keeping attacks at bay. Unfortunately for Apple device users, support is usually only given to the current operating system and the previous version. This leaves a number of users with older machines in the lurch. Currently, users of OS X Snow Leopard from 2009 are already missing out on some updates and the critical security patches they are given access to come slowly. This is in contrast to Windows users who typically enjoy support for much longer. Windows is ending support for XP users this April after nearly 13 years.

Many users aren’t certain about how to properly secure their computer. Even more advanced users may not be aware of points where they are most vulnerable. To help users protect themselves, security configuration guides from the manufacturer are extremely helpful. Unfortunately, no recent version of OS X has been provided with a configuration guide from Apple. This leaves users in the dark about proper security and leads to many believing they’re more secure than they actually are.

As mentioned in the first section, updates are key in protecting users from attacks. Apple has been slow to update OS X, however, especially concerning its open source components. Slow updates mean that users could be vulnerable to a known exploit. Even if it doesn’t affect security, compatibility and other issues aren’t being fixed in a timely manner.

OS X includes a feature that’s designed to make working with your Mac more convenient. Any attached disk that includes an installed version of OS X can be used to boot the machine. Unfortunately, this allows someone to by-pass the password required to log-in on your machine by booting from an attached disk. This only comes into play if your laptop or computer are stolen, but it still a concern.

This isn’t a exhaustive list of potential security issues with OS X, but it illustrates that there’s additional security required for most users.

If you’re having problems with your Mac, bring it to Geek Rescue for a fix. If you’d like to explore security options to protect yourself from future attacks, call us at 918-369-4335.