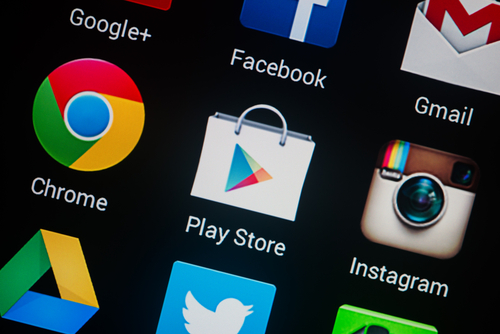 It’s a well-known concern that Android users are much more at risk for malware infections than iOS users. Just a month ago, a fake antivirus app made the rounds in the official Google Play store and victimized a number of users. Google has since offered refunds to those who mistakenly downloaded the malicious app, but it seems they haven’t sufficiently protected against a similar threat reappearing. Lucian Constantin reports at Network World that the Google Play store and the app store for Windows Phones have both recently had malware hidden behind recognizable brand names identified in their stores.

It’s a fairly recent development, but it seems criminal developers are launching malicious apps with well-known company names to further confuse users. This is a well-known tactic of email scams and phishing websites.

One developer account launched malicous apps under the names Avira Antivirus, Mozilla Firefox, Google Chrome, Opera Mobile, Internet Explorer and Safari. The same developer also has a Kaspersky Mobile antivirus app complete with the company’s logo. When downloaded, the app will even simulate a scan of the device’s files.

Making these fake apps more believable, and more costly to users, is that they aren’t free. The Kaspersky Mobile app costs about $4. Most users instinctively trust paid apps more than free ones. A number of free apps have been reported to be malicious, but there’s an implied value tied to something that costs money. It’s also much more believable to pay money for a high quality, big name security app than to get it for nothing.

Some of these apps have been downloaded more than 10-thousand times and even made it onto the “Top Paid” apps list that helps them be further distributed.

Because there has been no sufficient changes made to the Android and Windows Phone app stores, it’s likely that these fake apps will continue to pop-up. However, since many of them steal the exact name of legitimate apps from recognized industry leaders, there’s also likely to be more pressure put on both Google and Microsoft to enhance security.

If you’ve mistakenly downloaded a malicious app, or are having any other kind of trouble with one of your devices, call Geek Rescue at 918-369-4335.