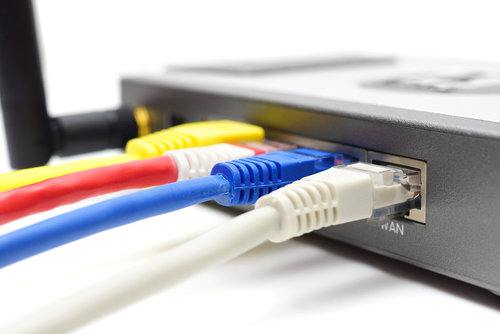 Recently, you may have noticed the scores of headlines reporting attacks on wireless routers. Major brands like Linksys and Asus have been plagued by attacks and experts are speculating that attacks on these devices are becoming a trend. Lucian Constantin at ComputerWorld reports on the details of why wireless routers have become such a popular target of cyber attacks.

The most obvious target of attacks is your computer. It contains a wealth of information that could be valuable for criminals to steal and processing power that attackers can harness. Because computers were being targeted by such a large volume of attacks, security began to improve. Not just in the form of antivirus programs, but even in the way operating systems and other applications were built and updated. Suddenly, it was much more difficult to attack a computer directly.

While hackers began developing more intelligent threats, most attacks will target the path of least resistance. That is no longer a user’s computer. Now, that’s a user’s router.

Wireless routers haven’t been the target of many attacks in the past, so manufacturers and users have not made security a priority. This has made attacking them now relatively easy. In fact, security flaws that haven’t been available to attackers for more than a decade are often still open on wireless routers.

In addition to the relative ease of access, attacking wireless routers allows criminals to access every device connected to them. Now, instead of using a targeted attack to infect one computer, a single attack targeting a router can infect every device in the home, which could include laptops, smartphones, tablets and even TVs, DVRs and other internet ready appliances.

Adding to the problem is the fact that routers aren’t updated automatically, which leads to many of them being extremely outdated from a security standpoint. They aren’t being made securely in the first place, but when a vulnerability becomes public, the patches and updates that are released aren’t being widely implemented. This is true of most applications that require users to actively search out an update and manually install it. In the case of routers, it requires some technical expertise to change settings and update. Many users fail to even change their router’s name and password from the factory default.

The first things for users to understand is that their router is vulnerable. It does need to be updated periodically and needs to have a strong password associated with it. For those who are capable, it’s a good idea your router’s admin interface unavailable from the internet.

Creating an effective security infrastructure requires securing a number of potential attack points. For help improving security for your home or business, or for help recovering from an attack or malware infection, call Geek Rescue at 918-369-4335.