Despite Reports, Spam Is Still A Growing Problem 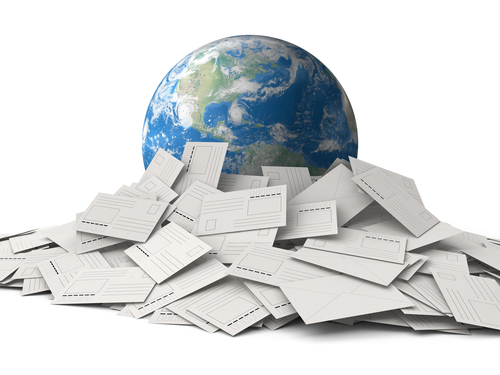 Spam and other malicious email threats are a steadily growing problem, but some recent headlines suggest that spam email is actually on the decline. In a post on the All Spammed Up blog, the author notes that these headlines are inaccurate due to a flaw in their researching methods.

One reports claims that 68-percent of all email traffic in August was unsolicited, or spam, emails. That still looks like a daunting number, but it’s actually a decrease of more than 3-percent from previous months. These numbers aren’t wrong, but they only take into account spam emails that are caught by spam filters. As any experienced email user knows, there are still plenty of other threats that end up in their inbox.

In actuality, phishing scams went up by 10-times since August of 2012 and emails containing malicious attachments were 2.5 times higher. These threats are even more dangerous because they’re able to by-pass many spam filters and appear with trusted messages in the inbox.

Rather than email becoming safer, the true message is that spam is getting smarter. Hackers study the way typical spam filters work, then design their malicious emails to get around them. This will prompt an update to spam filters, which will be countered by a change in hackers tactics and on and on.

The other issue with claims that spam is on the decline is that it ignores spam outside of email. SMS spam sent to users’ smartphones is becoming more of a problem. Spam messages over social media like Facebook and Twitter has been a successful endeavor for hackers and is reportedly up 355-percent in the first half of 2013. These new threats don’t show that email is being forgotten by criminals, but instead shows that email is not the only target.

Spam and other malicious attacks are a profitable business so cyber criminals won’t be slowing down their efforts any time soon. For help improving the security on your computer, smartphone, tablet or other device, contact Geek Rescue.