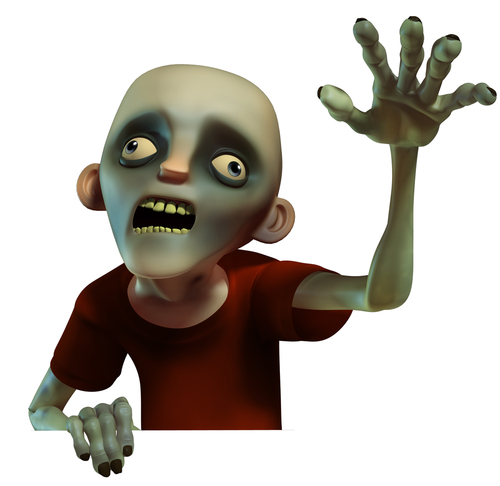 A botnet is a way for cyber criminals to use your computer to perform tasks like sending spam emails, spreading malware and other fraudulent uses. Infected computers will be able to communicate and form an entire network of zombie machines, which are all under the control of hackers.

Tom Espiner, of the BBC, reports that security company Symantec recently disabled 500-thousand infected computers that were acting as part of a botnet. The ZeroAccess botnoet, used for advertising and online currency fraud, was previously made up of 1.9-million machines.

The ZeroAccess botnet uses people’s computers to execute click fraud. Online advertisements generate income for websites that host them based on how many users click on them. This botnet used zombie machines to generate false clicks, which made them money.

By disabling 500-thousand of the infected machines, the hackers will lose about a quarter of their income. However, the identity and location of these criminals is unknown so experts warn that they’ll be working to restore their numbers quickly.

Symantec initially stepped in to take down the ZeroAccess botnet when it noticed an updated form of the Trojan program, which ZeroAccess installs on infected machines, being distributed. This malware made it more difficult to disrupt the botnet’s communications. Symantec felt they needed to act now, before updated malware made it impossible to disable any infected computers.

Perhaps the most troubling part of a botnet is that most users won’t know their computer is being used by a third-party. Infected computers will experience a decrease in performance. Your computer will be slower because a portion of its resources are being used as part of the botnet.

It’s also a good idea to check the sent messages folder in your email. If there are messages that you didn’t write being sent from your email address, you’ve got a problem and may be part of a botnet.

If you’re experiencing computer trouble or want to upgrade your cyber security, contact Geek Rescue at 918-369-4335.