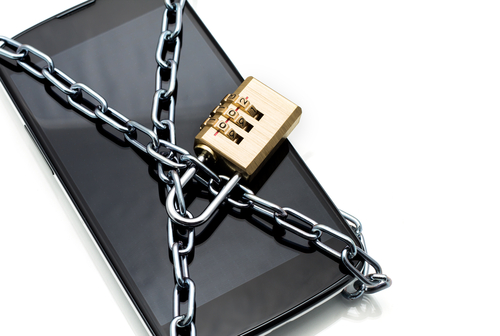 It’s no secret that mobile devices, like smartphones and tablets, are becoming an increasingly attractive target for cyber attacks. Threats associated with mobile devices have increased exponentially over the past two years and will likely continue to increase as more users store more information on their phones and tablets and use them to access more. That’s why it’s more important than ever to know how to keep your devices safe and protected. A post at Spyware News details a few helpful tips for preventing malware infection and keeping your mobile devices safe from attacks.

Most smartphone users have received a text from a number they don’t have saved in their contacts. When these messages are from a friend whose number has recently changed, they’re perfectly harmless. However, when these messages contain links to websites, or inform you about services you don’t remember ordering, it’s a sign of a problem. The last thing you should do is click on the links provided or reply to these messages. If the message claims to be from a legitimate business, like your cell phone provider, you should contact them directly to find out about the message.

Updates for mobile operating systems come out fairly often. The reason for that is because of security flaws that are found and exploited by attackers. When you don’t update in a timely manner, you’re leaving a gaping hole in your phone or tablet’s security, which attackers already know how to exploit. It’s always a good idea to back-up your device before updating the OS, but be sure it doesn’t take you too long to implement the updates.

The apps you choose to install on your device are often the gateway for malware. Some apps are actually malicious programs, but others simply don’t have adequate security in the case of an attempted attack. If you’ve installed apps from outside the official app store for your device, there’s a better than average chance that you’ve opened yourself up to infection. Even official apps have been known to contain issues, however. So, you’ll want to update them regularly too and be sure you’re aware of the permissions each app is granted.

It’s common for users to leave their Wi-Fi capabilities turned on at all times. This way, their device connects automatically to available networks. It’s convenient, but it isn’t always safe. If your device is set to connect to any network within range, it could be automatically connecting to unsafe networks without you even knowing it. That could potentially allow others on the network to monitor your activity and gain access to your personal information. When you’re away from trusted Wi-Fi networks, it’s a good idea to turn off that capability.

Keeping information stored and accessed by your mobile device safe isn’t as easy as it once was, but with a few intelligent practices, you’ll be able to stay protected.

If any of your devices have been attacked or infected by malware, or you’d like to implement better security, call Geek Rescue at 918-369-4335.