Four Best Practices For Your Laptop And Smartphone Batteries 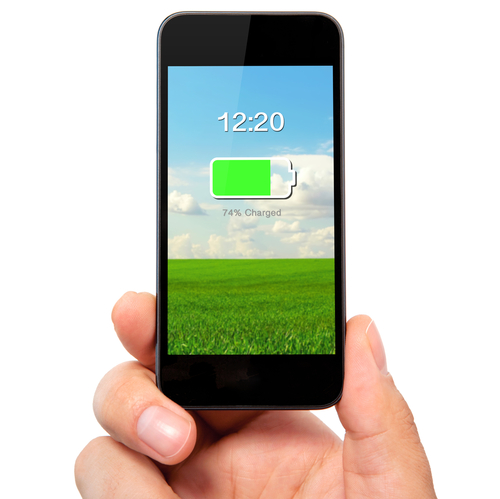 There are a number of parts and factors that contribute to the overall health of devices like smartphones and laptops and keep them in working order. The battery may be the most overlooked of these. Without a working battery, your device is useless. Batteries also deteriorate with time, which also hinders your device’s performance. At LifeHacker, Whitson Gordon published some helpful tips to keep lithium ion batteries in your most used devices working better for longer.

Old logic stated that it was good to completely discharge a battery before recharging it fully. In actuality, this is one of the best ways to cause quick deterioration in a battery. In fact, complete discharges can cause batteries to completely stop working. A better practice is to regularly perform what are called shallow discharges. This is simply recharging your battery for shorter intervals. Discharging to around 40-percent of life left, then stopping your recharge at about 80-percent is considered the ideal practice. This is related to the fact that batteries have finite numbers of discharge cycles and once they’re used up, it’s time for a new battery.

Many laptop users leave their device plugged in most of the time. When it’s time to take it on the road, however, these users will notice decreased battery life. By leaving it plugged in, a laptop battery is discharging slightly, then being charged back to 100-percent, which we’ve already established isn’t ideal. Smartphone users have this problem to a lesser extent when they leave their devices charging over night. While most smartphones stop charging once they reach a full charge, you’re still charging them more than what’s recommended, which eventually hurts the batteries performance.

Just when you thought fully discharging your device was bad comes this piece of advice. For the sake of the battery alone, full discharges aren’t recommended. But, your laptop or smartphone likely contains a feature telling you how much life is left in your battery and sometimes even tells you how much time is left before it dies. Over time, this feature can become miscalibrated if you’re regularly using shallow discharges. To prevent that from occurring, let your battery fully discharge once every few months. Fully discharging that rarely won’t cause significant damage.

If you have extra batteries for your device, keep them stored in a cool place like a basement or even the refrigerator. For batteries in your devices, it’s also wise to avoid excessive heat whenever possible. Leaving your smartphone or laptop in your car on a hot, summer day for example will rapidly discharge the battery. When done regularly, it shortens your battery life. Extreme cold has a similar effect so avoid that also.

Sometimes, doing the opposite of the tips included here is unavoidable. Thankfully, fully charging or discharging your battery, leaving it in the sun or keeping it plugged in overnight isn’t that harmful if it’s only done once in a while. Trying to establish these tips as regular habits will increase the amount of time you’ll be able to enjoy a long lasting battery for your mobile devices.

If you’re having battery problems, or any other type of issue with your devices, call Geek Rescue at 918-369-4335.