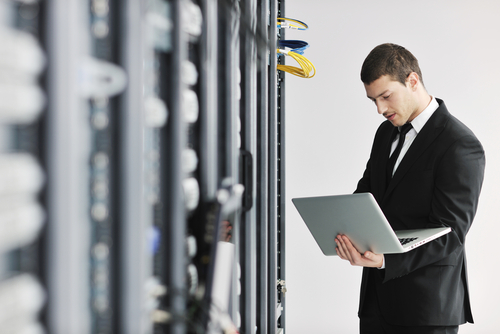 DDoS are a very real and potentially very costly possibility for any business. An attack capable of making your servers sluggish or unavailable could hit at any time and you need to plan for it. That involves both setting up a proper security infrastructure and planning for how to recover from and mitigate an attack. At TechWorld, Ellen Messmer published tips for what you need to know in order to be properly prepared for DDoS attacks.

A DDoS attack doesn’t come from nowhere and immediately render your servers useless. Instead, a you’ll be able to spot a surge in activity before any real damage is done. That is, if you’re regularly and properly monitoring traffic. If you don’t know what normal activity on your servers looks like, you won’t be able to tell when things are out of the ordinary. If you spot the early warning signs of a DDoS attack, taking the proper precautions can save you from any down time, or at least greatly reduce the damage done.

Not every DDoS attack is created equal. There are variations in scope, with data transfer speeds running as low as 5Gpbs for small-scale attacks and upwards of 100-Gpbs for large scale attacks. Some attack specific applications, while others attack a network, website or multiple servers. The ways they produce the attack traffic also varies. Many DDoS attacks also come in conjunction with other types of attacks and are used solely as a distraction. Understanding the different types of DDoS attacks and being able to tell what type of attack you’re dealing with dictates how best to protect yourself.

Just as the nature of DDoS attacks varies, so too do the motivation of the hackers behind them. As mentioned, some DDoS attacks are distractions for more costly attacks and data breaches. Some extort you for money before they’ll stop the stream of malicious traffic. Some are aimed at specific targets because the attackers disagree with the victim’s opinion, or certain policies. It’s important to try to spot an attackers motivation before they strike. For example, holidays are a popular time for attacks because hackers believe companies will be more unprepared with fewer employees on watch. Similarly, if your company has been in the news lately, there might be an attack coming soon.

DDoS attacks can be extremely costly for companies. Even only a few hours of downtime can mean the loss of thousands of dollars of revenue.

For help protecting against attacks and monitoring for them, contact Geek Rescue at 918-369-4335.