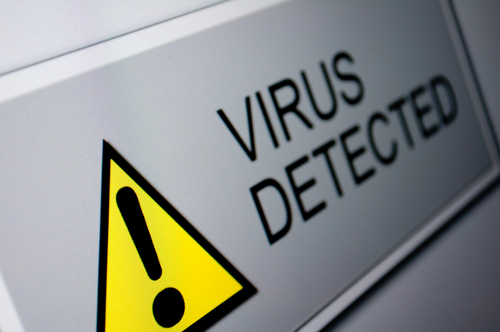 The amount of malware for smartphones grew exponentially throughout 2013. Because of its open source environment and number of users, Android phones were targeted most. Now, it seems some of the same tactics used for years by cyber criminals on PCs are transitioning to Android smartphones. Satnam Narang reports for Symantec that scareware has been observed attempting to trick users into downloading malware to their devices.

Scareware is a common practice used by hackers. By using social engineering, a criminal convinces a user that they’re facing an impending threat and need to buy or download a product to protect themselves. Usually, the scareware scam involves telling users that there is a virus or malware on their device and offering to remove it.

The latest scam observed targeting Android users involves mobile ads. They claim the user’s device has been infected by a trojan called MobileOS/Tapsnake. Tapsnake is a legitimate threat to Android users that’s been around since 2010, but it’s used here only to make the scam seem more credible. The ads include a button that claims to install a security app on your phone or scan and remove this threat. In actuality, you’re downloading malware.

Avoiding this type of scam should be simple. First, no online ad will scan your device and alert you of any malware it discovers. But, some unsuspecting users fall for it because they’re extremely worried about threats to their smartphone. This particular scareware displays on any smartphone, however. So, even iPhone users will be alerted that their Android device is at risk.

If you encounter on of these ads and are concerned about your phone, run your existing security app or download a trusted one from the Play store. To avoid accidentally downloading a malicious app, never download directly from a website.

If your smartphone has actually been infected by malware, bring it to Geek Rescue or call us at 918-369-4335.