Five Details About The Upcoming iPhone 6 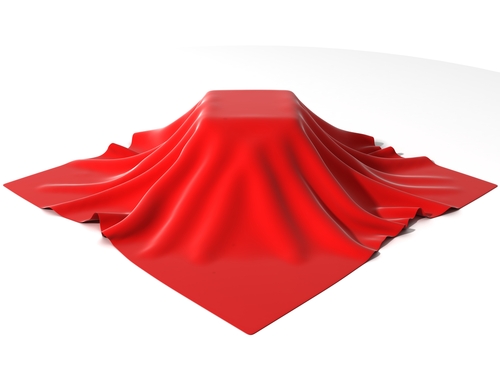 Last year around this time, the media was buzzing about the impending reveal of the latest iPhone, the 5S. This year, Apple seems to be following a similar schedule and is set to reveal details of the iPhone 6 in about a month. While no one knows for certain what details the iPhone 6 will feature, there are some educated guesses available. At Gizmodo, Adam Clark Estes lists what you can expect the newest iPhone to include and when you can get your hands on it.

It seems fairly obvious that the newest iPhone will be dubbed the iPhone 6, but this year’s release is a little different than in the past. Apple is reportedly planning to unveil two models of their latest smartphone at the same time. Each will have a different size, a 4.7-inch screen and a 5.5-inch screen, so it’s unclear how they’ll be named. One popular guess is that the smaller display version will get the name iPhone 6, while the larger display, which could also include beefier specs, will be called iPhone 6 Air.

Remember when smartphones began using Gorilla Glass for their screens and you were told that it could withstand anything and wouldn’t shatter? Turns out, as evidenced by everyone’s cracked iPhone screens, that wasn’t the case. Now, a new, sturdier alternative is available for smartphone screens. It’s called sapphire glass and Apple has already invested in it heavily so it seems clear that they plan to use it in their devices soon. It’s reportedly stronger than steel and harder than Gorilla Glass, which is supposed to make cracked screens a thing of the past.

The fact that the battery will be improved in the iPhone 6 seems like a foregone conclusion, but the question remains just how much of an upgrade Apple will make. The iPhone 5S lags far behind the batteries featured in other flagship smartphones like Samsung’s Galaxy S5. The likely conclusion is that even the iPhone 6’s battery will fail to meet that lofty standard. It’s likely that the smaller iPhone 6 will get a slight bump in battery capacity, while the larger model gets a more significant increase, but stays far from the top of the line battery seen from other manufacturers.

With the release of a new smartphone also comes the release of the latest operating system, iOS 8. There’s far more known about the newest iOS than there is about the iPhone 6 because its been made available to many in the media already. The look and feel is largely the same as iOS 7, but there are some interesting new features including HealthKit, which can sync with wearable devices and deliver in-depth information about the user’s health. There are also improvements with the Camera app, continuity between devices and compatibility with third-party keyboards.

The estimated cost of the iPhone 6 models can only be based on previous releases, but Apple has generally stuck to the same ballpark upon release. With 2 models available, especially with one featuring the large screen users have been asking for, it’s likely that the 5.5-inch model would start at about $300 with contract for the smallest hard drive. The 4.7-inch model would likely be about $200 for a similar hard drive. The release of the iPhone 6 will also bring down the cost of previous iPhones, however, so if you don’t need to be on the cutting edge, you could get a great bargain. The iPhone 5S will likely drop to $100.

The public will get their first official look at the iPhone 6 on September 9th, with the first opportunity to buy expected to be around September 19th.

And for your business solution needs, visit our parent company JD Young.