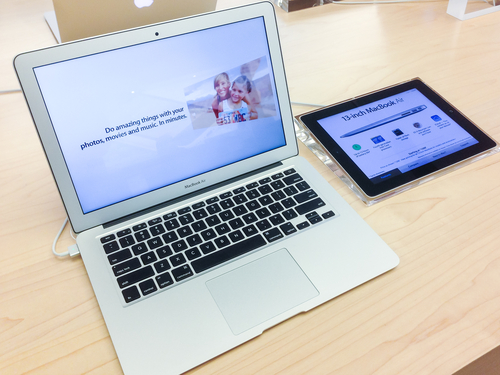 With this feature, you can share your iPhone’s internet connection with your Mac. This likely won’t be beneficial most of the time, but if your home internet goes down at a critical time, it’s nice to know your phone can be used temporarily to get your desktop back up and running.

Apple’s iMessage has already been available to Mac users, but now that capability has been expanded so you can take phone calls and text messages on your Mac. You’ll never have to wonder if you’ve missed a call while your phone is charging in another room.

The iCloud storage system has been the focus of much speculation, but Apple is finally turning it into what it should have been all along. Now, it will operate similar to Dropbox. Simply move files to iCloud and then you’re able to access them across all of your Apple devices.

The features listed are only the additional capabilities OS X Yosemite will feature once iOS 8 hits the market. The new Mac operating system also has a number of stand alone features that users should also find useful.