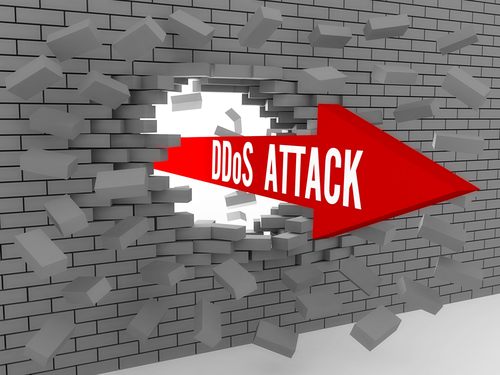 A distributed denial-of-service attack, or DDoS, often makes headlines for attacks on large enterprises and popular websites. Victims of DDoS attacks come in all sizes, however. These highly targeted attacks can be launched against any organization to slow operations to a crawl or a standstill. When faced with a DDoS attack, it’s important to take the right actions in order to keep it from crippling your network. At Dark Reading, Kelly Jackson Higgins reveals what not to do in your preparations for potential attacks.

The absolute worst case scenario is assuming that your business won’t be targeted by a DDoS attack. There’s certainly a chance you could be right, but it’s a big gamble. If you are attacked without a plan in place, you risk being unable to serve your customers for weeks. Putting the proper security tools in place before an attack allows you to recover quickly, or in many cases avoid any damages or downtime. Too often organizations wait until an attack is already taking place to act. By then, the time required to mitigate the attack is multiplied.

Just putting precautionary measures in place isn’t enough, however. One infamous story explains how a large banking institution implemented a DDoS mitigation service, but when they put their plan into action for the first time, their entire network went down. Failing to properly test your mitigation system before it’s needed isn’t so different from having no system at all. In other cases, mitigation services have been known to slow down services. During an attack, this might be attributed as a DDoS side effect. Without proper testing, you may be doing harm to your own network and services.

Your internet service provider is the first line of defense in most DDoS attacks. From a so-called “upstream” vantage point, ISP’s are able to see if malicious traffic is targeting a specific network or application. While you may be locked out of your own network due to an influx of traffic, your ISP could be able to limit that traffic or even stop it before it does any damage. Once again, once an attack has started it’s already too late. The key is to partner with your ISP early and ensure that they’re monitoring activity for signs of a possible DDoS.

DDoS attacks are able to knock services offline and prevent you from doing business and serving your customers. To find out what security measures are needed, call Geek Rescue at 918-369-4335.