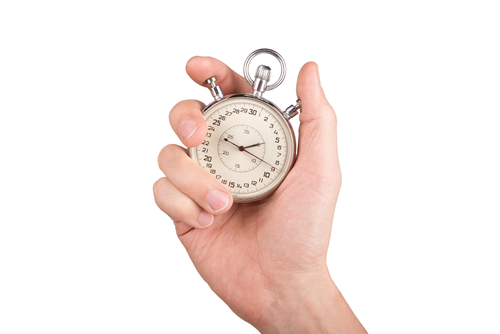 Implementing proper security features on your computer isn’t high on most individual’s priority list. The assumption is that it will take hours to install new antivirus software and make other necessary changes. But, in reality, some significant improvements can be made in just a few minutes. Andy O’Donnell of About offers his “10-minute security tune-up”. While these won’t make you computer immune to malware infections, they are helpful.

Whether it’s your operating system, browser, antivirus program or other applications, it’s important to keep them updated and install the latest patches released by the developer. It’s a quick and easy process, but it protects you from some of the most dangerous threats to your PC. Patches and updates are often released to fix a vulnerability that has been demonstrated to be exploitable by criminals. So, failing to install these updates leaves a known security flaw open. That’s like asking for trouble. Similarly, updating your antivirus program allows it to stay up to date with the latest recognizable threats so it can identify them on your PC or stop them from infecting it in the first place.

Regardless of how many security tools you put in place, there is always the chance of a catastrophe. Cyber attacks grow more intelligent every day and it’s impossible to close every potential vulnerability. Even if your PC isn’t taken down by malware, you could lose your data because of a hardware issue or natural disaster. That’s why it’s important to regularly back-up all the important data stored on your hard drive. With cloud storage readily available, you can even store it off site so the loss of your computer doesn’t mean the loss of your back-ups.

As mentioned, no security is perfect. If any of your devices are infected with malware or you’re experiencing other issues, call Geek Rescue at 918-369-4335.