How To Protect Yourself From Spyware 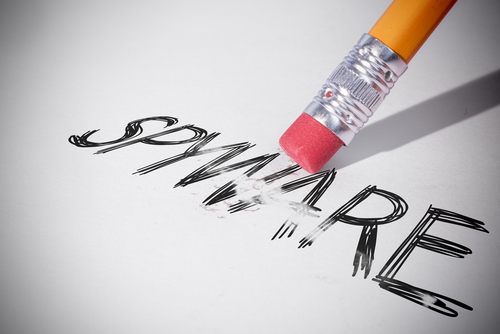 Spyware has been a problem for internet users since the mid-90’s. Software that is able to gather information, or spy on a user, without their knowledge falls under the umbrella of spyware. In 2007, an estimated 850-thousand computers in the US were essentially rendered inoperable by spyware, according to Consumer Reports. Since then, spyware hasn’t become less of a problem, but there are better ways to protect yourself from it. Steve Bell of the BullGuard blog has some tips.

First, it’s important to understand the typical ways spyware gets onto your computer. The most common method is to piggyback on other programs you download. For the most part, free software is free for a reason. While the spyware included might not be malicious, it is still not something you’d volunteer to have on your machine. Some software installation methods will let you opt out of additional programs and spyware that’s included, but others install it automatically.

In order to stay safe, it’s important to be careful about anything you download. Spyware can also stem from spam emails, links and advertisements. There are a number of antivirus tools that also protect you from spyware. There are even some legitimate, dedicated anti-spyware tools, but be careful. There are plenty of programs claiming to be security programs that are actually malware or spyware themselves. Not only will these programs infect your computer, they won’t offer you any protection at all from other threats.

If you’ve already been infected, or if you’re not sure, Windows users can head to the Control Panel and check the list of installed programs. If you don’t recognize some of the programs listed, there’s a chance they’re spyware. Before uninstalling, you might want to do some additional research.

Unfortunately, not every piece of spyware installed on your computer will always show up this way. Some can even convince you that it has been uninstalled but actually remain in operation. For these particularly nasty cases, you’ll have to rely on a trusted security application. They’ll be able to recognize the common characteristics of spyware and either block it before it is installed, or help you remove it.

If your computer is infected with spyware, malware, viruses or you’re having other issues, call Geek Rescue at 918-369-4335.