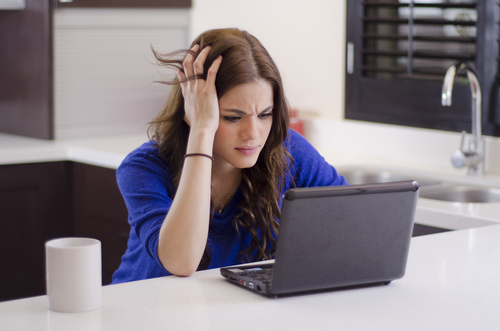 The older your computer gets, the slower it gets. That’s a widely accepted fact by many users. While there are some unavoidable decreases in performance over years of use, there are also ways to avoid slower performance and fix problems that cause it. At the BullGuard blog, Steve Bell explains some common reasons a computer may be running slower than usual.

One of the selling points of many new computers is how quickly they start up. Over time, most computers begin to take longer and longer to start, however. Much of this can be attributed to how many applications are set to run automatically every time the system boots up. Naturally, the more programs you’re asking your computer to run initially, the longer it will take your computer to start. Before complaining about a slow booting computer, uninstall programs you are no longer using. You’ll also want to look into what applications are starting automatically and change the settings on those that you don’t use constantly.

Your computer’s hard drive stores just about all the information you use on a daily basis. Over time, the performance of your hard drive will slow down. This is caused by fragmentation occurring in the data stored there because of adding and deleting files. It can also be caused by the hardware wearing out after hours and hours of use. On average, laptop hard drives last about 3-years. Desktop hard drives can be expected to last a little longer. Once they start to wear out and slow down, you’re at an increased risk of experiencing a total crash that wipes out everything stored on the drive. If your computer is running slow, run the defrag application on your machine and see if that helps. If not and your hard drive is more than 3 years old, it may need to be replaced.

You may notice that your system seems faster when you first start your computer but slows down the longer you use it. This is most likely caused by a lack of RAM, or Random Access Memory. RAM is a resource that gets used by each application currently running. The more RAM being used, the less is available to applications you try to open. Many computers have room to increase RAM, which can make your system significantly faster. The alternative is to limit the number of applications running at a given time.

If a decline in performance seems to happen overnight, the most likely culprit is that malware like viruses or trojans are stealing resources. Malware can infect your computer in a number of different ways and can be extremely difficult to find and remove completely. First, you’ll want to invest in an effective antivirus program and keep it updated. Installing a firewall and improving the security on your wireless router are also advisable.

If your computer seems sluggish, it usually means something is wrong. The good news is, it can be fixed and restored to normal.