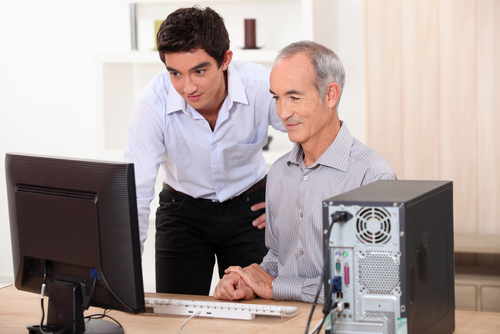 The year 2001 may not seem that long ago to some, but for Microsoft, it was an eternity ago. Windows XP launched in October of 2001 and since then, Microsoft has moved on to three more operating systems, Windows Vista,  7 and 8. In April, support for Windows XP will end and users will be left to choose between upgrading to a newer operating system, or using one with no hope of bug fixes or security patches. At Information Week, Jeff Bertolucci published a list of what XP users need to know ahead of the April expiration date and what they should be thinking about.

Just because Microsoft will no longer support XP, it doesn’t mean that your computer running XP will no longer work. The only change will be that Microsoft won’t be releasing updates. That means newer devices won’t be compatible with XP machines. It also means you’ll become more vulnerable to attacks as vulnerabilities are uncovered but unpatched.

Lost in the news of XP’s end of support is the end of support for both Office 2003 and Exchange 2003. Online content, security updates and bug fixes will no longer be released for these popular applications after April 8th. If you’re unsure of what version of Office you’re using, go to the ‘Help’ menu in Microsoft Word and select “About Microsoft Office Word”.

Microsoft Security Essentials is far from a complete malware protection program, but Microsoft won’t be continuing updates for Security Essentials on XP until July of 2015. That, in addition to an up to date antivirus program, will help keep you more secure even after the XP updates cease.

If you decide to update to Windows 7, there’s an XP mode to help make the transition easier. This allows you to run applications designed for XP effectively. A separate window will open on the desktop, which will be a fully functional version of XP. There’s one catch, however. XP mode also will stop getting support in April. It will still be available, but it won’t be getting updates and patches.

The hesitation for many users in upgrading their operating system is a concern that programs they consistently use won’t be compatible with a newer version of Windows. Microsoft has publicly stated that they can’t guarantee that programs that ran on XP will work in Windows 7 or 8. There is, however, a troubleshooting tool to help you adjust an application’s settings to make it work. To access the tool, right click on the program’s icon and select “troubleshoot compatibility”.

If you need help upgrading your personal computer or an entire office of XP machines, or if you have computer issues that extend beyond an out-dated operating system, call Geek Rescue at 918-369-4335.