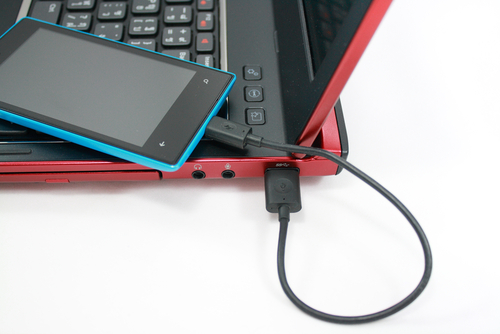 Generally, pieces of malware only harmful to the devices they target. For example, malware designed for Windows won’t be harmful to mobile devices, or vice versa. However, researchers have seen examples of malware that infects Android devices with the ultimate goal of infecting a PC connected to them. Now, as the Symantec blog reports, there is evidence of malware that infects PCs with the ultimate goal of infecting an Android device that connects via USB.

So far, there’s been no official word about how the malware, known as Trojan.Droidpak, infects PCs. Once it’s downloaded, the trojan begins adding malicious files to your system. First, a DLL registers itself as a system service. Then, a configuration file is automatically downloaded. Then a malicious APK and ADB (Android Debug Bridge). If an Android device is connected to the infected PC, an installation of the APK and ADB files is attempted repeatedly to ensure infection of the mobile device.

To be successful, the malware requires USB debugging mode to be enabled. To check if your phone allows debugging mode, go to ‘Applications’ in the settings menu. Then, select ‘Development’ and you’ll see an option to allow debugging mode when your phone is connected to a PC via USB.

If the malware successfully infects your smartphone or tablet, it disguises itself as an application called ‘Google App Store’ that even steals the Play Store logo. This particular trojan specifically looks for banking applications. When found, a user is prompted to delete that version of the banking app and replace it. The replacement app is a malicious version used to steal financial data and log-ins. The malware is also able to intercept text messages and forward them to a third party.

The good news is that currently the trojan only targets Korean banking apps, but it’s easy to see how this malware could be adjusted to start targeting US Android users. Turning off USB debugging mode is a good start and you should also turn off the AutoRun feature on your PC when connecting another device.

If your PC, smartphone, tablet or any of your devices are infected with malware, bring them to Geek Rescue or call us at 918-369-4335.