The Top Features Of Google’s New And Improved iOS App 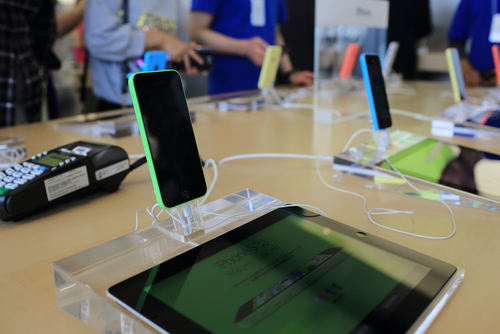 This week, Google made its new iOS app available to iPhone and iPad users. Experts are praising its improved functionality and additional features. Salvador Rodriguez, of the LA Times, published his favorite new features. Here’s a list of the Google apps new features and why you’ll like them.

The Google app’s image search has been upgraded to allow for more user interaction. After selecting an image from search, users can zoom in on that image, or use two fingers to minimize the selection and continue searching.

Siri has attained her share of critics from iOS users, but Google’s voice search is improved as a superior alternative. The Google app has to be open to be used, but when it is, users only need to say “OK Google” and the app will start listening for voice search. The speech recognition ability within the app is considered by most to be better than Siri.

Previously, Google Now notifications were only available to Android users. In the new Google app, these notifications are available on iOS. Users are able to set reminders based on time, or when they reach a specific location. For example, you could remind yourself to buy an item at the store and Google Now would send your phone a notification once you’ve reached the store.

Google Now also features new cards that show you what you’ve purchased and reserved recently. Tickets for movies, concerts and other events are displayed here. Also, airplane tickets, car rental reservations and hotel reservations are stored here. There’s even a listing of upcoming events in your area.

These new features make Google’s iOS app more useful and easier to use. If you have an iPhone or iPad, it’s a worthy addition.