Rumors And Speculation About The Samsung Galaxy S5 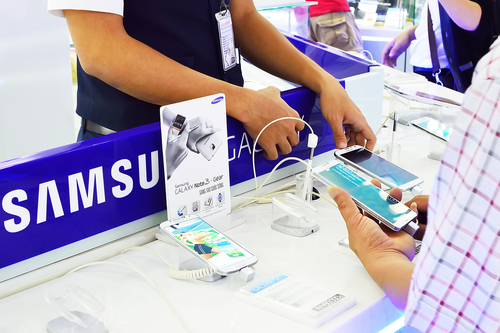 The release of any new Apple product always dominates headlines, but it’s Samsung who’s captured the interest of the tech-savvy crowd most recently. Though it’s not due out for at least another 3 months, the Samsung Galaxy S5 is already being hailed as the next big thing in smartphones. Simon Hill, of Digital Trends, covered all of the rumors about the Galaxy S5 in his recent blog post.

The Galaxy line of smartphones have traditionally been made of plastic, which some users complain makes them feel cheap. Rumors suggest Samsung may have listened to those critics and could be releasing the S5 with a magnesium, aluminum or carbon fiber design. However, others have suggested that the Galaxy F will get the metal case, while the S5 will a “faux leather polycarbonate” similar to the Samsung Note 3.

Samsung’s mobile head has promised “64-bit processing functionality”, which means it will at least match the iPhone 5S. Many experts have suggested that the Galaxy S5 will also include “at least 3GB of RAM”. Samsumg is actually already producing 4GB LPDDR3 mobile DRAM so that’s seen as a possibility also.

The iPhone 5S made a splash with its new fingerprint scanner included to enhance security. The Galaxy S5 could be making a similar splash by introducing an eye scanning sensor. This is probably the most unsubstantiated rumor about the S5, but given Apple’s foray into biometrics, Samsung will likely try to keep up or surpass them. Officials from Samsung have already denied that they’re working on a fingerprint scanner, but an eye scanner remains in play.

Initially, rumors suggested the Galaxy S5 would get a 13-megapixel camera, which would match the camera included in the S4. Now, it seems Samsung could upgrade the camera to a 16-megapixel sensor, which they will produce themselves. The camera would also include technology that would greatly improve low-light performance.

Most estimate the Galaxy S5 will be released in the spring with March or April matching Samsung’s usual release cycle. That leaves months of speculation left.

Whether you jump on the latest and greatest smartphone, or stick with a trusted older version, Geek Rescue in Tulsa handles repairs. Bring your devices by for fast and friendly service, or call us at 918-369-4335.