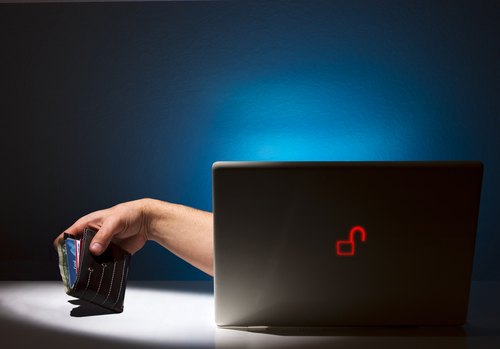 A well-known online scam is directing users to malicious websites by sending them emails claiming to contain links to en e-card. Usually, the goal of these scams is to infect users with malware, but as Sean Butler reports for Symantec, the latest scam attempts to steal users’ money by promising a get rich quick scheme.

The email messages used in the scam appear to be sent from a legitimate e-card website, 123greetings.com. It contains only one sentence with a link to supposedly view your e-card. In most scams of this nature, this link would take you to a website where malware would be downloaded to your device. In this case, however, you are delivered to a site that’s made to look like 123greetings.com. Instead of malware, users are met with a long message that appears to be from a friend urging you to take part in a get rich quick scheme.

This spoofed version of the e-card site was only registered on June 17, according to WhoIs. From that site, users are sent to several other sites that all attempt to verify the authenticity of the ‘business opportunity’. Users are promised the chance to make thousands of dollars each week, but there’s a significant catch. It requires an initial payment of $97.

In addition to stealing a user’s money, contact details are also obtained, which could allow the spammers to attack the same individuals in future scams.

It’s never a good idea to follow links sent in unsolicited emails, but there are additional clues that this particular email isn’t legitimate. Most notably is the use of URL shorteners. Actual emails from 123greetings, aside from including much more than a lone sentence and link, include the full length with their domain name. The emails sent as part of this scam are shortened to obscure the true URL.

For additional tools that keep malicious emails like this out of your inbox, or for help recovering from a malware infection, call Geek Rescue at 918-369-4335.