The Vulnerability Of Apple’s ‘Lost Mode’ 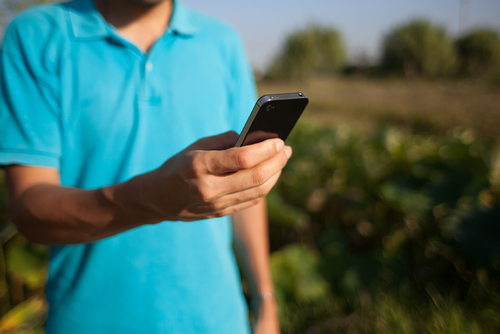 Many iPhone, iPad and Mac users rely on the ‘Lost Mode’ feature to keep their device safe in the event that it’s misplaced or stolen and to be able to find it. ‘Lost Mode’ contains a security vulnerability, however, that a recent open-source hacking project is able to exploit to access the device and all of the data stored there. Paul Ducklin of Naked Security delves into the details.

‘Lost Mode’ is able to be activated by users of Apple devices when they log in to iCloud on another device. If your device is on, you can see approximately where it’s located. You can also tell the device to reboot, which will result in the device locking upon restart and requiring a four-digit code to access it. That code, also known as a “system lock PIN”, is chosen by the user when ‘Lost Mode’ is activated.

The idea is that if your device has been stolen or found by someone else, that person won’t be able to steal your information or even use or sell your device because of the lock. The recently released “iCloud Hacker” project demonstrates why the system lock isn’t as secure as it seems.

“iCloud Hacker” isn’t overly complicated in its attack. Since it knows that a 4-digit PIN is required, it simply tries every combination of numbers until it finds the right one. This would be possible for any human to perform also, but incredibly tedious. Apple devices don’t lock or shutdown after a certain number of failed log-in attempts, but after six failed attempts, a user must wait 5-minutes before trying again. This delay means that it could take weeks for a human to break into a device.

With “iCloud Hacker”, the human element is eliminated and codes are tirelessly inputted until one is successful. It also works around the 5-minute wait time by rebooting the device after six attempts.

Many are calling for Apple to improve security associated with ‘Lost Mode’, but there’s actually a fundamental security problem contained in any lost device. An intelligent criminal doesn’t even need to break the lock on your device. Instead, they only need to remove the hard drive and put it into another device. There, they can read and copy everything on it.

This prevents a criminal from using your device themselves or selling it to someone else, but your data and information is still very much at risk. Especially dangerous is the possibility that your hard drive is copied, returned to your device and your device is returned to you. With the lock still in place, many users will believe that their device and data are safe, when in actuality a criminal has all of their data.

Whether you’re using ‘Lost Mode’ or not, it’s important to encrypt your stored data. On your Mac, enable ‘Full Disk Encrpytion’ and you’ll add an extra layer of protection. There’ll be another password required to use your device and you’ll be given a 24-character recovery key in case you forget your password.