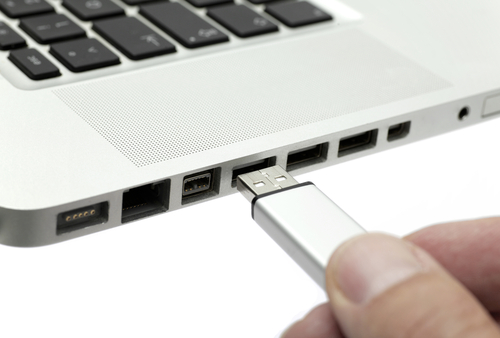 Standard USB connectors that help us attach our mouse, printer, digital camera, smartphones and more have been around for nearly two decades. It’s fair to say then that it’s time for an update on the design. As Sam Byford reports for The Verge, USB newest connector will feature an entirely new design that will allow for thinner devices.

The new connector, called Type-C, will be rolled out with the USB 3.1 specifications and should start hitting the market some time after the middle of 2014. The new design means that all of your older USB cables will be obsolete for new devices unless used with an adapter. However, Type-C aims to make a more universal connector that’s reversible. This means that both ends of the cable can be used right side up or upside down on nearly every device. Apple products are, of course, an expected hold out.

Type-C hasn’t been seen by the public yet, but the connectors are expected to be about the same size as the current micro-USB connectors found on many phones, cameras and mp3 players. These smaller connectors allow devices to be thinner than ever before because they’re no longer bound to the bulky by comparison current USB plug ins. For example, the Samsung Galaxy Note 3 has been criticized for its seemingly over-sized USB port, which doesn’t seem to match with the rest of the device’s design.

At Geek Rescue, we know tech. If you’re experiencing problems with any of your devices, old or new, bring them in to one of our locations or call us at 918-369-4335.